Gaming was more of an obsession for me this year than ever before.

And now, a list. Gaming blogs are known for lists, right?

What kind of gaming blog would this be if I didn't share my top games of 2015? That's right. A crappy gaming blog. So here's my list of games.

*Screenshots used in this post were taken by me, but the game publishers own the copyrights. Square Enix and Capcom do not endorse this gaming/fan site in any way.

Posted by The Heartless Gamer Girl at 9:36:00 PM No comments:

Here're some my latest PC scores. OK, I admit it. I got these a few weeks ago. Seriously, I may have a problem. I broke down and got an account at GOG.com and Steam. I just can't help myself when they offer me cool games for less than $5. 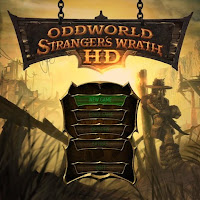 This was one of those odd splurges that I can't really explain. I remember playing one of the Oddworld games on my playstation about a billion years ago, and I remember thinking it was a fun game. So this one intrigued me and it was only a couple bucks. I've only played it for a few minutes and the controls are kinda messed up, so I have some tweaking to do before I can really get into it.

When I bought this, I also grabbed The Witcher and The Witcher 2. My disc version of Witcher didn't want to work with my PC (PC's too new or something), so I just grabbed the DRM-free version from GOG for only $1.49, and since it was also on sale, I grabbed Witcher 2 while I was there (only $2.99). For spending more than $5 that day, GOG gave me System Shock 2 for free. Not sure I'll play that one, but I have it.

GOG offered this for $1.49 and Double Dragon II is one of those fond childhood memories for me. Figured the price was right, though I suspect playing it again will distinctly pale in comparison to the memory.

Sorry, I don't have any images of this one yet. Once I play it, I'll get some screencaps. :) 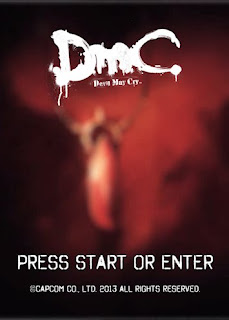 I'm a Devil May Cry junkie. A bad one. I think I own just about everything to do with DMC now. And I mean everything. I think. I even have every episode of the short-lived* anime show. I am missing some soundtracks, come to think of it. In fact, I don't think I even want the OST for this particular DmC.

I grabbed all the DLC to go with this too. I mean, when I want a game, I want the FULL game, dammit! lol
*The life of this show might have been pre-determined, I don't know. It was only 12 episodes, though, so pretty darn short. 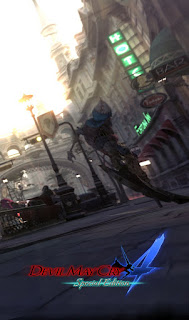 This edition of DMC4 was just released in mid-2015. It has five playable characters instead of the two in the standard edition that came out on Xbox 360 and PS3. The SE was released for PC, PS4 and Xbone. I have a PS4, but grabbed the PC version 'cause, why not? I ♥ my PC. I may eventually grab the PS4 version, but at this point I don't see a reason to.

I have this in my copy of Devil May Cry HD Collection for Xbox 360, but I wanted to play with mods and whatnot, so I grabbed the PC version when Steam offered it at a discount. I installed the one mod I read was completely necessary to make this PC port enjoyable, but I've yet to try it out. There's a possibility I'll hate it. If so, I still have the Devil May Cry HD Collection for my 360, so no real loss. :)

I'm not entirely sure why I grabbed this from Steam other than it was on sale. Pretty pathetic, right? Don't get me wrong, I really like this game. I've beaten it on the 360, including all the DLC, so I'm not entirely sure why I wanted it for the PC too. Maybe I'll mod it. There aren't many, if any, mods for this game, at least not any i can find. It needs some. I need to learn to mod, so why not mod a game that needs a few, right? :)

Posted by The Heartless Gamer Girl at 9:41:00 AM No comments:

I can't seem to stop buying games, even knowing I don't have time to play them all. There's something broken in my head...

I bought a PS3 game and I don't even have a PS3. I think that might mean I have a problem. However, this is a Ninja Theory game and I LOVE them. L.O.V.E. It's an unhealthy obsession, really. Stalkerly, even. OK, maybe not that bad. Still.

Oh, and guess what else? I discovered there's a movie of this game, one that runs parallel to the game, according to the reviews I've read on Amazon. I've added it to my wishlist, of course.

Um, yeah. I can't exactly remember why I got this other than it seemed to be the type of game I'd enjoy. I don't even remember exactly what it's about, other than the classic poem by Dante. You know the one. Inferno? [snort]

I have the second game, so I needed the first. Right? Am I right? Yeah, sure. Anyway, I got it. I'll play it. I enjoy the second game though it gives me fits from time to time. Crazy psycho, throw-the-controller fits. Yeah... there's  definitely something broken in my head...

Another I bought 'cause it seemed like a game I'd like. I opted for the PC version 'cause it was cheaper and I like my PC. We'll see how that goes...

***The Last Wish***
Introducing the Witcher

Not a game, but certainly related to a few. I'm not sure how much I'll actually like this book, but I figured I'd buy the first in the series and give it a shot. I have a feeling the gore might be a little more than I'm comfortable with, but who knows. Maybe the games are more graphic. LOL

Posted by The Heartless Gamer Girl at 2:51:00 PM No comments:

Let's keep this short and sweet...

I don't know anything about this game. Doesn't really matter. If it says Final Fantasy, I want it. However, if it ends up being online only, I probably won't get it. That would make me sad. :'(

Email ThisBlogThis!Share to TwitterShare to FacebookShare to Pinterest
Labels: final fantasy, on the horizon, square enix

I admit, I wasn't initially interested in this game. The gun thing turned me off. Hubby didn't know that, however, so he bought it for me at the local used game store after the employee there recommended the game based on my joy of JRPGs.

...and that employee was spot on.

Another gift from hubby and a wishlist splurge too...

I told hubby I wanted this and he went over to eBay and grabbed it for me. This is a bit of a different thing from the regular FF games in that it's rated M. There's blood, and some hinky scenes where you're not entirely sure nothing bad is happening. All a bit strange for a FF game, but I'm rolling with it.

The collector's edition is pretty cool. There's an artbook, a manga comic that gives a little lead-in to the game storyline (or so I'm given to understand; I haven't read it yet), a disc of music from the game, and Ace's cards, as well as the game in a golden steelbook case (the soundtrack disc goes in this case too).

But the best part, in my opinion, is the FFXV Episode Duscae download code that came with it. When I pulled that out, I saw the expiration date (March 2016) and immediately got it downloaded. This is the playable demo that was released with FF Type-0. They called it a Day One bonus or something like that. I can't remember, but I do remember the hype surrounding it. This is a highly anticipated game. I'm looking forward to the full version, but in the meantime, I'll play the demo.

*This collector's edition is also available for Xbone. If you click the image above, it will take you to Amazon, and you'll see the little link for the Xbone edition.

Unfortunately, since I got the playstation version, hubby and I can't play together unless we play split screen, which we kinda hate. I also can't grab my game saves, so I have to play them again right from the start.

Posted by The Heartless Gamer Girl at 9:09:00 AM No comments: